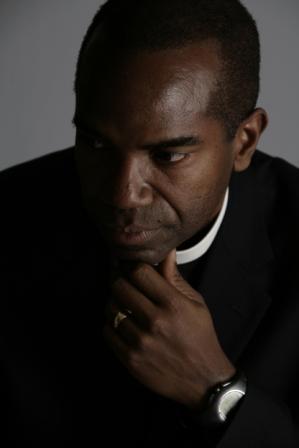 Recently, GTS News had the opportunity to sit down for a conversation with Michael Battle. In May he was appointed as the Herbert Thompson Professor of Church and Society and Director of The Desmond Tutu Center (see story here). Battle holds a unique connection to The Desmond Tutu Center, having spent two years in residence with Archbishop Desmond Tutu in South Africa and being ordained a priest by Tutu in 1993. He will begin teaching at General in fall 2015.

Prof. Battle, would you share with us a bit about your background?

I’ve got quite an unusual background. My grandfather worked in the coal mines in West Virginia. He was forced into such labor, as a lot of history has revealed for many of his era. But he was a powerful man–and a powerful man of faith. His strong faith came through to my mother and to me. I came to the epiphany about being an Anglican because it was as if God was telling me I should be part of a supernatural church–not just a church made by human hands and created by natural selection, but made to be part of a community that is extraordinarily beautiful and unusual. I spent my young adulthood until the age of 32 learning theology and learning about God–so those are some things about my background. By the way, I wrote an autobiographical piece about how I became an Anglican in one of my books called Practicing Reconciliation in a Violent World, if anyone wants to read more about it.

My wife, Raquel, is originally from Belize in Central America. I met her during my ordination process through a companion diocesan relationship with Belize. We have three children, two daughters and a son: Sage, Bliss, and Zion. We’re all moving to General this summer and we are looking forward to it.

From your biography, it appears you have had a lot of teaching experience. Could you tell us where you have taught and what subjects?

I think I may have broken a record for teaching at the most, at least Episcopal, seminaries–I’ve covered nearly all of them. But I’m particularly excited to be at General Seminary, which is an honor. This is because it is the first Episcopal seminary, as well as its connection to The Episcopal Church and General Convention. These are exciting aspects of why I want to be at General. I consider it a privilege to teach here.

In terms of teaching, I operate in all kinds of discourse: theology, ethics, spirituality. I am currently writing a biblical commentary on the Book of Revelation for the “Belief” series from Westminster John Knox Press.

But my passion is for reconciliation, which was imprinted upon me while I lived for two years with Archbishop Tutu. It is humorous because when I write a book, and try to pitch exotic titles, the publishers always throw the word “reconciliation” in the title somewhere. Perhaps I’ve been branded; but it also may be telling me to pay attention to what God has put me on this earth for.

I will draw from all of this in the courses I will teach.

What excites you most about your new position here at General Seminary?

There’s a lot. I’m happy and honored to be named to the Herbert Thompson Chair. When I served as Chaplain to the House of Bishops, I learned a lot from Thompson, and I am excited about living into that kind of legacy. Also, to help get The Desmond Tutu Center up and going and flourishing–that’s really exciting to me. My whole professional life has been shaped by Desmond Tutu. He ordained me a priest. He baptized all of our children. He married Raquel and me. And the vision I have is to incorporate the Tutu Center into the whole life of formation at General and in The Episcopal Church.

Is there anything you wanted to say more specifically about your vision for The Desmond Tutu Center?

There’s so much that can be done. I’d love to see the Center reflect the same education and formation of General Seminary as a whole, to incorporate courses, travel seminars–ways in which people can be formed in the legacy of Archbishop Tutu. But to do this in a way that only General could do it–and in a way that honors the Desmond and Leah Tutu Legacy Foundation and the other Tutu programs around the world by building on their good work and accentuating the legacy of Archbishop Tutu.

In 2008, you presented about Ubuntu at the Tutu Center here at General Seminary. Does Ubuntu factor into your vision?

Yes, it does. Ubuntu caught fire at that time, and it was the theme for General Convention the next year. As part of that theme, I wrote a book for General Convention entitled, Ubuntu: I in You and You in Me. Ubuntu is part of the teaching and formation that I’d like to facilitate through the Tutu Center to make sure people understand that concept–and not only understand it, but practice it as well.

What does The General Theological Seminary mean to you? What do you see as the future of GTS?

General needs to be nimble; it has to be able to be pliant as reflected in Malcolm Gladwell’s book, David and Goliath: Underdogs, Misfits and the Art of Battling Giants. Organizations that are more nimble in these exponential times are able not only to survive, but flourish as new paradigms start to exist. So, it’s a blessing–even though it has been a very difficult lesson–that General is trying to adapt. Because if we’re not adapting, we are basically dying. I think it’s incumbent on General to try to minister to our times.

I think part of this for me is hopefully to be aware, sober, and conscious of the call God has given me, and to help with forgiveness and reconciliation. But also, I think one of the best things about Christianity is its purchase on forgiveness and on trying to create a third way in which people find themselves in binaries of conflict, to find ways of resurrection, ways of reconciliation.

Can you explain the Six Preacher and its significance?

It’s a pretty high honor. I was the first American to get it. Archbishop Rowan Williams is the one who gave me that distinction. And it goes back to Thomas Cranmer in the sixteenth century and how the bishops of those times in the Church of England wanted to have people who could provide reference points of being prophetic. So, Cranmer saw the Six Preacher as part of the accountability of ministry of his time; and he established it by the Statutes of 1541. It was a system for appointing people and enabling them to speak their minds and to speak the truth.

At the time Archbishop Williams was in the midst of trying to hold the Anglican Communion together, and I think I received this distinction partly because of my work with reconciliation.

What message do you have for us as you are preparing to come to General?

I’ll just say for people to be hopeful and not to start creating self-fulfilling prophecies. Christianity is dynamic and somehow is a magnet for making us see the conflicts inside of us. We have to face whatever tensions are in our lives and move through them. For General, we should be hopeful and proud of our legacy. As St. Paul told us in Romans 5, Christians move through the process of suffering and endurance to eventually discover hope, something that will not disappoint us.

What are you doing this summer? When will you be coming to General?

As part of the Six Preacher distinction, I’m supposed to be present at least once a year at Canterbury Cathedral. I’m one of the directors of a seminarian program there called Canterbury Scholars. Seminarians and those who are newly ordained from around the Anglican Communion come together every June. I’m happy that a General student, Tommie Watkins, is at Canterbury this summer. I’m about to go there for several weeks, and then I go back to North Carolina, and we will move to General sometime later this summer.

Michael Battle now teaches at General Theological Seminar as the Herbert Thompson Professor of Church and Society and Director of the Desmond Tutu Center.

You are invited to take courses at General Theological Seminary and the Desmond Tutu Center.
Learn More… 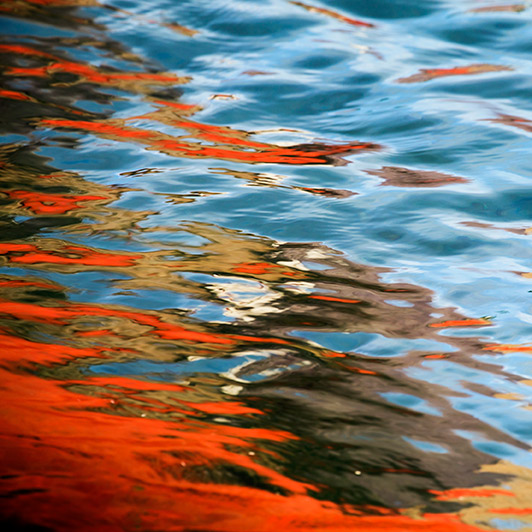